Explanations on the testbed design, how services are deployed and accessible, and how hardware features are accessible remotely.

The figure below gives you a schematic overview of the infrastructure. 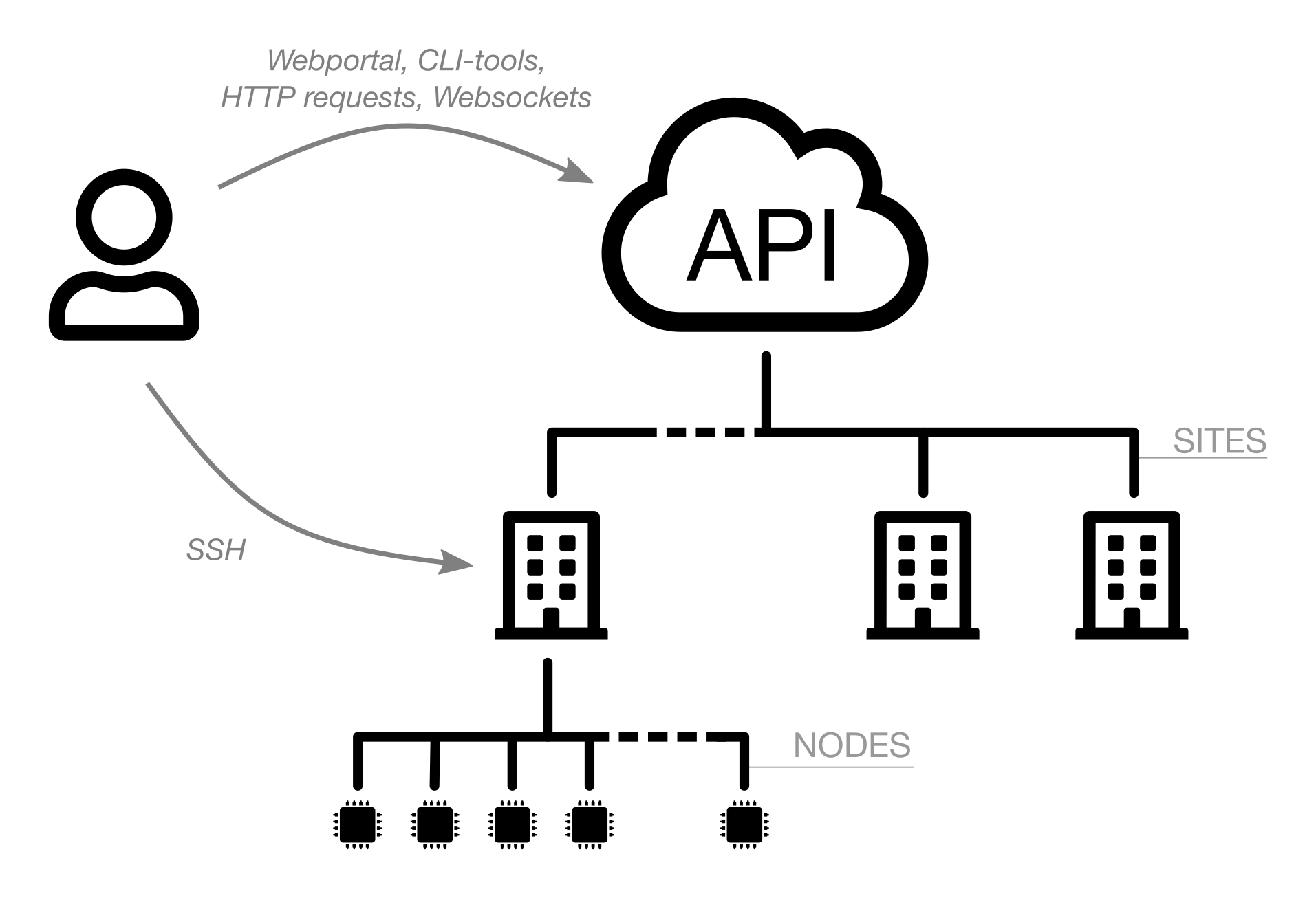 Here is some explanation of the different elements.

IoT development boards are commonly connected to a computer via a USB port for programming and debugging. In a context of experimenting with applications or network protocols on a large scale, it becomes tedious to reprogram a dozen or even a hundred objects in this way.

The IoT-LAB provides a solution to this problem by integrating each experimentation board called Open Node (ON) behind a mini-computer called Gateway (GW). The term ‘gateway’ is used here in a hardware sense, as it links the experimentation board with the other hardware components of the platform. This gateway will be in charge of programming the experimentation board. In addition to this intermediate gateway, an autonomous on-board system called Control Node (CN) is able to monitor the Open Node to measure its energy consumption, radio noise and traffic. The advantage of using a dedicated MCU is to guarantee real-time execution of these measurements. Finally, the complete IoT-LAB node is connected via a private network to a IoT-LAB site server which will be able to manage it remotely. 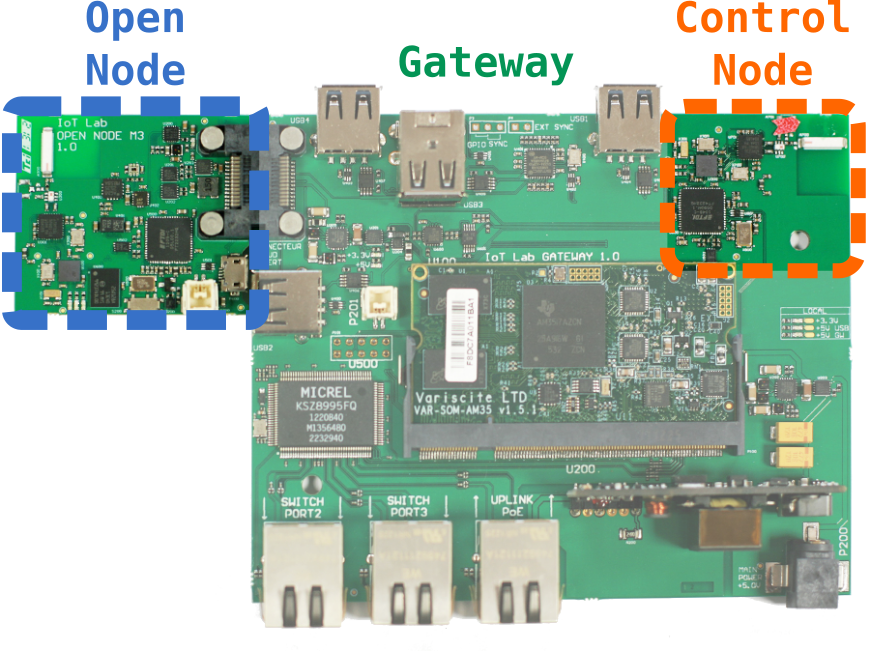 To facilitate deployment, the Gateway includes a PoE (Power Over Ethernet) module which, as its name suggests, allows power to be supplied via the Ethernet port in addition to the network link. Being the only link to the hardware, it is used to sent back the Control Node data:

It is also through this link that the usual physical interaction links with the experimentation board pass, and they vary according to the type of board.

For boards based on a microcontroller: 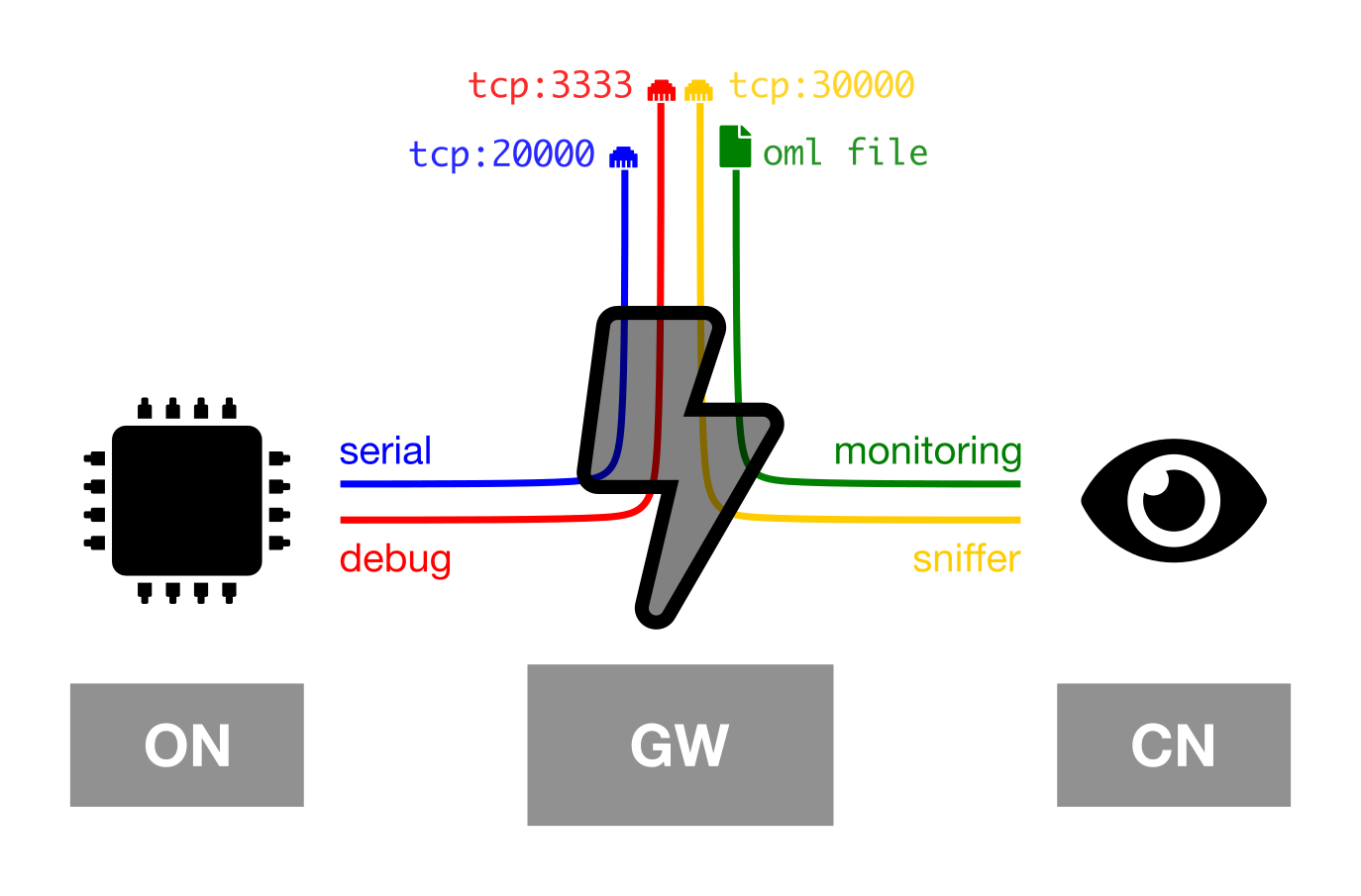 For boards running an embedded Linux: 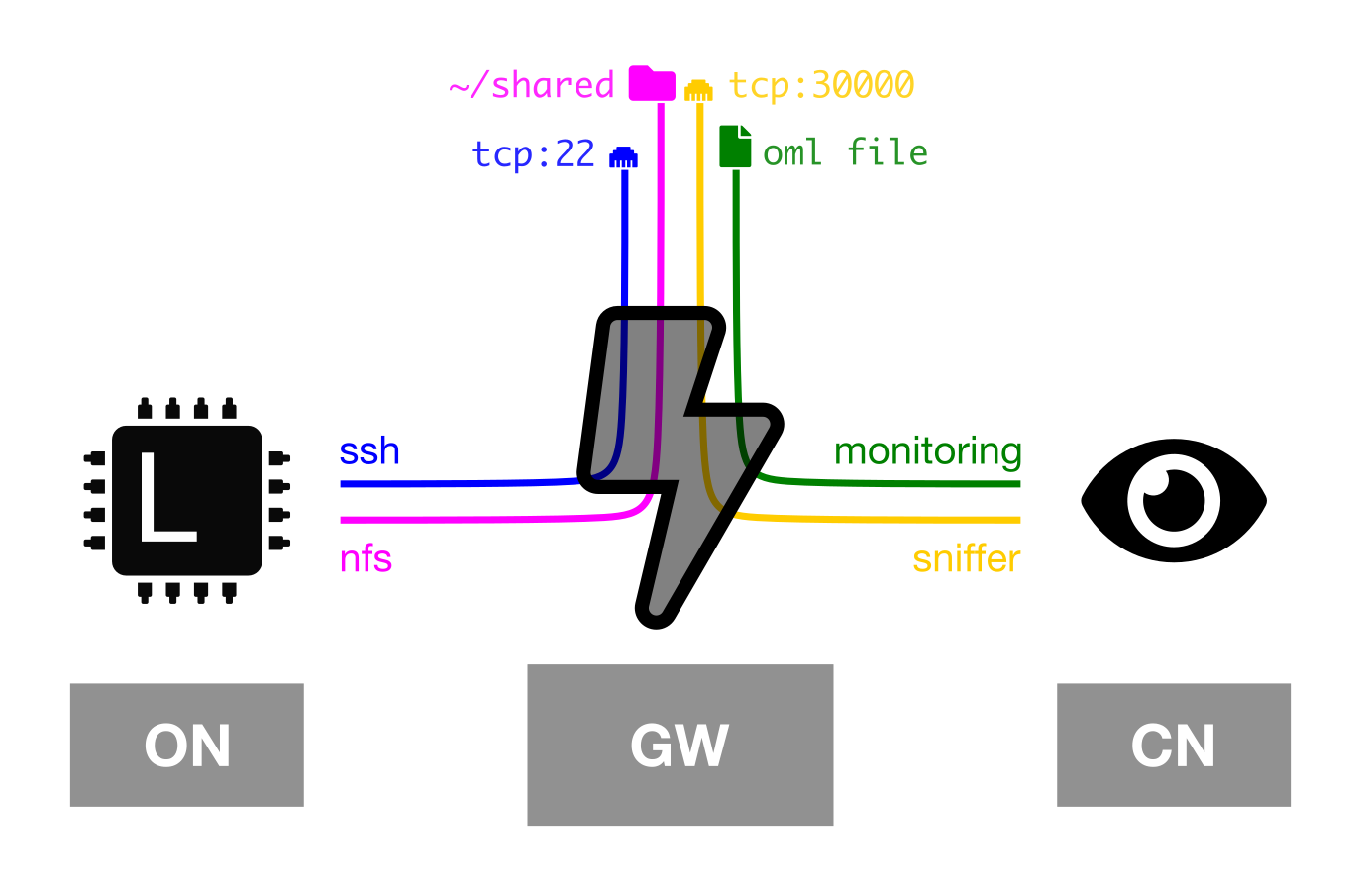 Dynamic network filtering rules make these links only accessible to the user who has reserved these experimentation nodes, from the SSH frontend of the site concerned, for the duration of the experiment.

Note that there is tools to help you to manage several serial or sniffer links, as well as to plot consumption or radio monitoring data.