This page is archived. Its contain may be outdated.

The WSN430 open node is a WSN430 node based on a low power MSP430-based platform, with a fully functional ISM radio interface and a set of standard sensors. Concerning the radio, two versions are developed: Version 1.3b presents an open 868MHz radio interface while version 1.4 has an IEEE 802.15.4 radio interface at 2.4GHz. 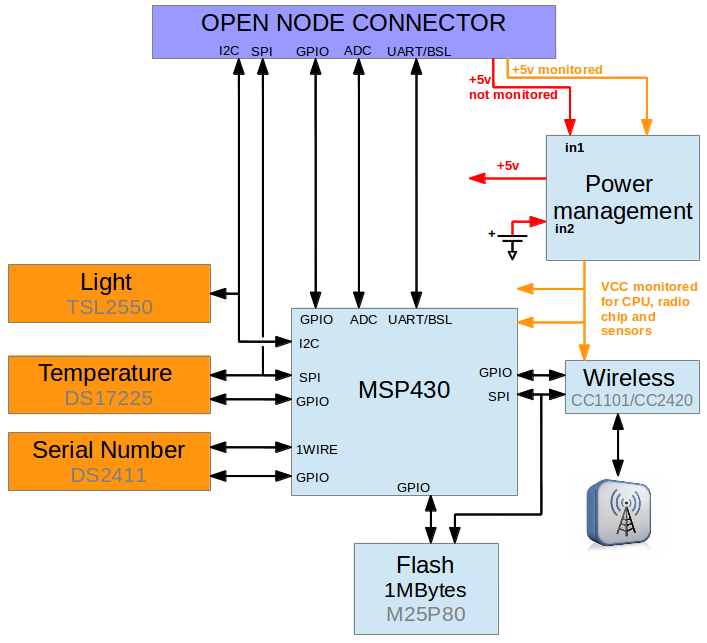 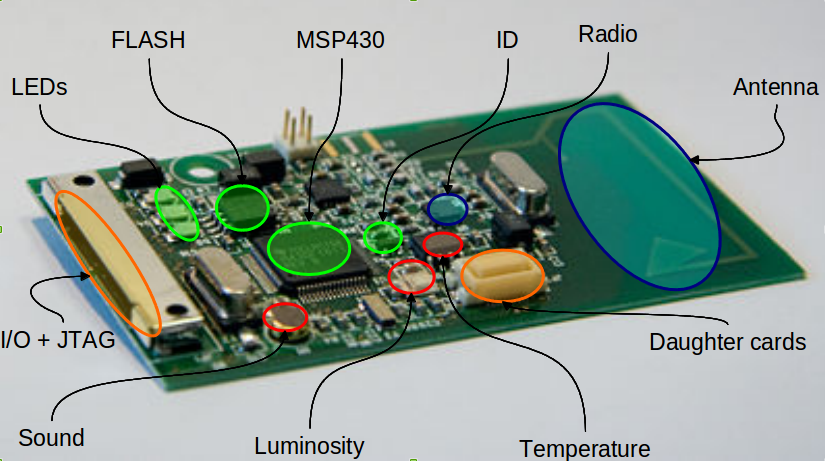 In details, the hardware components are :

Radio - WSN430 nodes in version 1.3b have a 868MHz radio interface. The radio chip is the TI CC1101 (software and pin compatible with previous CC1100 version). Two types of antenna are available, the main one being an omnidirectionnal PCB antenna. There is an option for an external SMA antenna (The SMA connector is not mounted, but pads exists). The type is selected thanks to 2 capacitors (C5, C25 on design board) mounted or not. Note that the PCB antenna is designed to be used with a Varta Polyex battery at the node bottom for right radio propagation.

Serial Number - An EEPROM serial number is available thanks to a Maxim  DS2411 chip, giving each node a unique identifier, readable by the MPS430 firmware over a 1-Wire interface.

Battery charger - The power supply is controlled by a Microchip MCP73861 chip. It allows battery charge, and is supervised by MSP430 through 2 digital outputs (connected to MSP430 GPIOs).

Here are the two WSN430 schematics, one for each of the radio chips:

The WSN430 can be used stand-alone using an additional board called “Dock” and a JTAG programmer which allows to program and debug software on the WSN430. More details on [[Hardware_Wsn430 dock]]